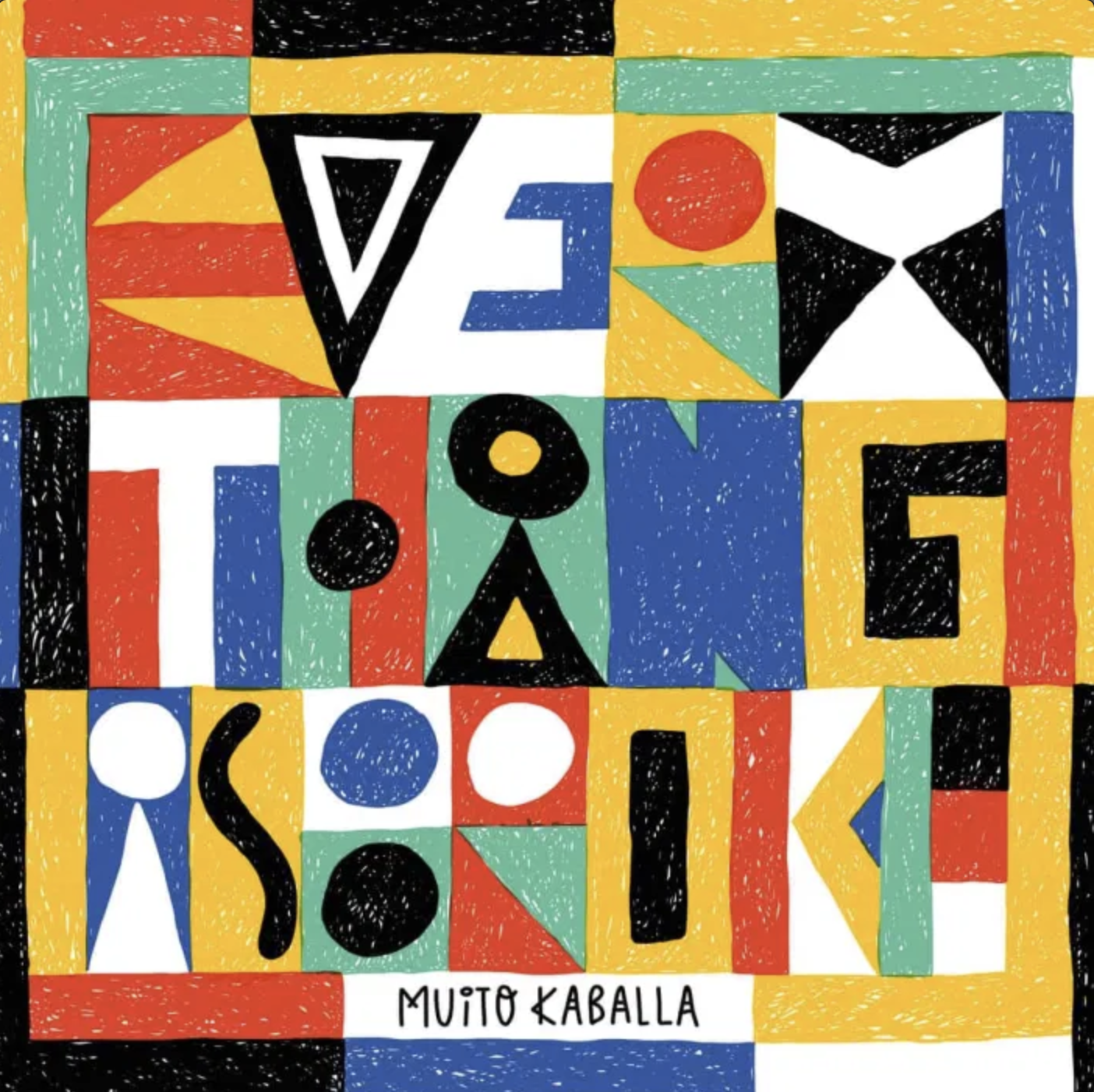 Labelled a world music artist, Muito Kaballa, in fact, exhibits the charismatic abandonment of a punk provocateur. Informed by such post-punk luminaries as Maximum Joy (an outfit that was formed from the ashes of ‘70s peace-disturbers The Pop Group and Glaxo Babies, and employed Afrobeat rhythms), Kaballa executes an honourable balance between focused discipline and wily experimentation. Like Maximum Joy, Kaballa offers grooves of an Afrobeat persuasion, refracted through the restless energy of punk; kindred spirits Ebo Taylor and Fela Kuti, legends of African highlife music, impress upon his work indelibly. Such musicianship has produced a pleasing cacophony in Everything is Broke, Kaballa’s debut album, which takes in his usual influences of street funk, jazz, Afrobeat and just the slightest etchings of hip-hop. Edging out even further in his experiments this time, the artist now explores the nervous, juddering energy of New Orleans inspired pop, running freely the course of the album with the sensual sounds of the city’s Latin Quarter.

Built on the back of improvisation, Kaballa’s music employs an on-the-pulse approach in style, where, for every measured arrangement, there is the sense of using every rudiment skill on hand. Essentially a one-man band, Kaballa is as adroit with the various live instruments he plays as he is with the electronic sequencers he uses to loop his grooves. He ensures there are surprises at every turn and his experience playing to crowds on the hustling and bustling streets of Cologne has taught him such ingenuity.

Sweet jams like “Quasi” bristle with Dixieland funk and salsa rhythms while a searching, Moog-rippled number like “Tin Tin” riff smartly with jump-start drums. The Brazilian notes on the chunky “Lugor Ao Sol” are underpinned by an Afrobeat sway, and the lambent, twilit “The Easy Way” opens the album as softly and warmly as the coastal waters that surely inspired it. At turns elegant and rough-hewn, these eight ventures into a textured and multifarious pop are very much rooted in the street culture it was born from; the sly, punkish element that runs through Kaballa’s work is still firmly in place here. And, yet, Everything is Broke dreams of cities far beyond the ones the listener could ever hope to know. It is the sound of the hustling and bustling of people everywhere, making their way across a traffic-congested city to a dream of elsewhere…