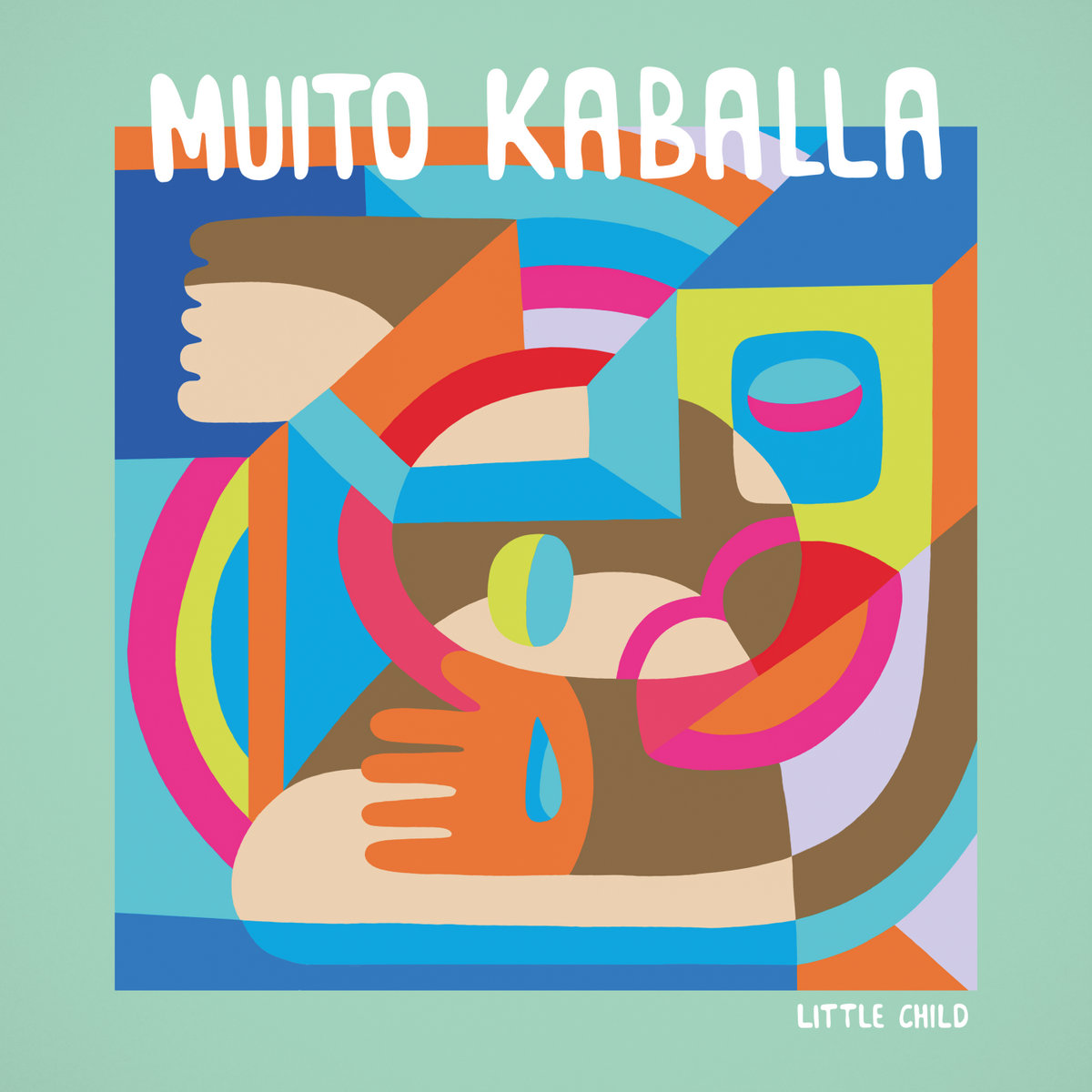 Since the release of the highly acclaimed album Mamari (2021), the Muito Kaballa project has continued to develop greatly.

The new album Little Child (2022) starts with a cracker called Inside Outside. The song addresses the hypocrisy and double standards of the European Union when it comes to refugee policy. The group works together with the renowned German/Nigerian musician Ade Bantu and the Angolan guitarist Juresse Amie Tieti Ndombasi and picks up their listeners where they were parked with MAMARI. Fat grooves with clearly recognizable Afrobeat influences.

However, the musical journey leads step by step away from the usual sounds of the band. Already the second track Dansez! Dansez! shows that. The sound leads to Angola, Congo and a bit of Mali. The band stacks so many rhythms on top of each other that the word poly appears in a whole new light. It becomes clear that the nine deal intensively with the music that is the source of their inspiration. The gifted guitarist Juresse Amie Tieti Ndombasi puts the icing on the cake with his sound.

Let’s continue with No=No. Here at last it becomes clear: Muito Kaballa has escaped from his drawer and is now in free flight, somewhere between jazz, fusion, afrobeat and whatever. But who cares? The sound is convincing, the feet shake to the beat and cannot be calmed down even with great effort and the message “Don’t protect your daughter, educate your son” can’t be said often enough.

The next song, Memories, reveals completely different sides of the band. While the sound is suddenly much more relaxed and, let’s call it jazzy, the lyrics also become much more intimate and poetic. “Keep in mind, it makes you blind, starring in the sun”. We don’t find out what memories Niklas Mündemann, composer of the song, has in mind here but that shouldn’t bother us. We just put on our sunglasses and let ourselves be carried away by the almost epic track, which with its ten minutes of playing time leaves nothing to be desired in terms of diversity. Sophisticated listeners will wonder if Niklas Mündemann listened to a bit of Kamasi Washington while composing. Maybe even a lot? Be that as it may – a special treat in the piece: the trombonist Saskia-Marleen Dahms, who makes a guest appearance on this song, rounds off the sound of the brass section again.

Last but not least, we come to the namesake of the album: the song Little Child builds on the mood of the previous track and rounds off the musical odyssey with a good portion of goosebumps. But the song doesn’t just leave its mark on the surface, no, it also gets under your skin. While the melody has considerable catchy tune potential, it is above all the lyrics and the message that grab you here. Niklas Mündemann wrote the song during a phase of mental depression. Above all, psychotherapy helped him to think more positively again and to comfort his own inner child. We’ve all heard about that child in us. But when was the last time we hugged it? The song Little Child is the perfect accompaniment for this, because when you hear it, you immediately feel hugged, pressed and safe. Another highlight are the incredibly beautiful solos, played by Benjamin Schneider on guitar and Saskia-Marleen Dahms on trombone.

That’s the end of the album and, to be perfectly honest, if you don’t feel left out in the rain, but you do feel left out in a (warm) shower. Time flies when you hear Muito Kaballa’s new album and in the end you want some more.

2 videoclips can be viewed here: Inside Outside and Little Child