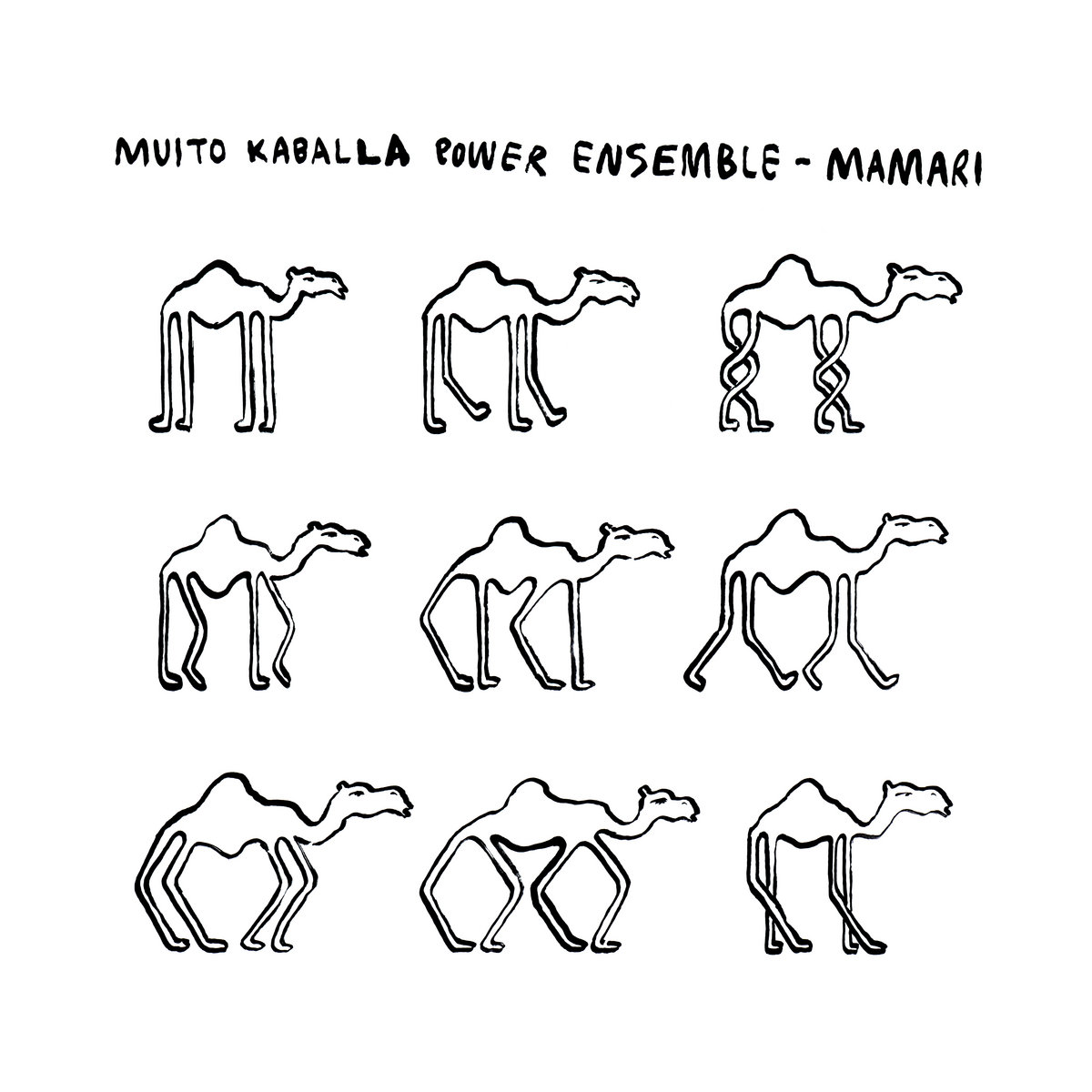 The double LP ‘Mamari’ by Muito Kaballa Power Ensemble from Cologne (Germany) will be released on 28 May on outernational Brussels label Rebel Up Records. It represents the vast musical development of the Muito Kaballa project since the release of the first album ‘Everything is Broke’ in 2019 on German label Switchstance Recordings.

Muito Kaballa, also known as Niklas Mündemann, started out as a one-man show on the streets and quickly gained attention through his loopstation performances. After the recording of the first album Niklas Mündemann wanted to move away from the entertainer image and explore new musical ideas. When he met musician Jan Janzen, the two instantly decided to create a band and take the project to the next level. The band now consists of members Nora Beisel on vocals, André van der Heide on drums, Leonard Gaab on percusscions, Marie Tjong-Ayong on trumpet and flugelhorn (replaced recently with Lilli Thomas on trumpet), Till Weise on bass, Benjamin Schneider on guitar, Tim von Malotki on baritone sax, Jan Janzen on keys and Niklas Mündemann on tenor sax, flute and synthesizer. The result is a jazz album that brims with afrobeat, afro-cuban and funk influences and current activist thoughts on social equality, racial politics, climate change and more, all through the voices & bodies of this young ensemble.

‘Mamari’ is the title song and first single. Bass player Till Weise composed the song about which he says; “When I first wrote Mamari, I wanted to create a song that I could play alone while singing along to it. Mamari is a song with a groove heart that moves forward fast and at the same time stumbles. Like riding a bike with bent wheels or the way how camels move, which is called the pace gait, or in arabic: Mamari.”

‘Aga Aga’ is named after a lake close to Cologne called Aggertalsperre. There happened to be an incident with our percussionist Leonard Gaab almost drowning in the ice cold lake – naked. The song fuses Mali blues with Afro Cuban influences.

‘Money. Equal. Trouble’ broaches the issue of our relation to money in ironic manner. The groove is fast and definitely evokes the desire to dance. It is inspired by classical Afrobeat.

‘Chung’ is the new arrangement of the former version on the album ‘Everything is Broke’ from 2019. It represents the development of the Muito Kaballa project and combines diverse influences from Maroccan Gnawa to Hip Hop and Jazz.

‘Tin Tin’ is another rearrangement that was issued before on the album ‘Everything is Broke’. It’s a melancholic song that transports heavy vibes as well as dance moods. The song is influenced by Afro Cuban music as well as Cumbia.

‘Don’t Go’ thematizes political issues in our society in a protest swagger. It might not be profound, but it defenitly reflects upon a certain feeling of anger and frustration about political issues. The song turns that anger into a powerful and danceable groove that takes the people away.

‘There’s Always Sun’ is a praise to life. With all its twists and turns, slow moments as well as groovy moments, it takes into account the different turns life can take. It accompanies that journey with the catchy message that there is always sun, even though we might not always see it.

‘Curupira’ is the 2nd single of the album. The Curupira is a mythological creature that was known for being able to communicate with the inhabitants of the forest, notably alarming them about danger. With this song we want to alarm you, and ourselves. “We need to understand that there is no Curupira, it’s all on us”. Curupira lives inside each and everyone of us. We need to let it out and fight for climate justice together.

It starts with the sounds of an awakening rainforest slowly flowing into a lively groove of the jungle, that musically depicts all its power and diversity. However, the forest is burning and we are calling Curupira to come help us. The Baritone solo depicts the arrival of the demonic figure. The jungle sounds appear again but are quickly drowned out by the arrival of humans and the sounds of machines cutting the trees. Vocals and spoken word by Nora Beisel.

This EP serves as a fundraiser to support the project of our friends Anatol & Polly in Brazil – Resgate Climático. They recently started to actively protect and reforest land in the northeastern state of Bahia that once used to be pristine rainforest. Under the current political circumstances and the record wildfires in the country, their work has become more important than ever. The EP also came with a remix by German-Ghanaian afrobass producer Lee Bass of Gato Preto.

The Mamari Remixes compilation that will launch digitally end of June.

songs composed by Niklas Mündemann and Till Weise.

Recorded and mixed by Stefano Manca at Sudestudio in Lecce, Puglia (IT)
Mastered by Frederic Alstadt (Angstrom Studio, Brussels, Belgium)